Produces large, long, golden yellow fruit with a crimson blush and flesh that is crisp, white, and coarse in texture — good for canning, baking, preserves, and pear honey
Blooms late in the season and ripens mid-September to mid-October
Tolerates hot climates
Is self-fertile but provides a better crop when planted in multiples

This tree grows at a fast rate, with height increases of more than 24″ per year.

Pear orchards are considered valuable habitats for wildlife.  The fruit of pear trees are attractive to birds and squirrels. 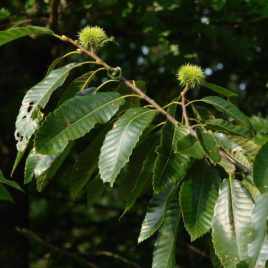 Chestnuts are nothing short of highly nutritious wildlife magnets that produce crops annually beginning at a very young age…in fact its highly possible to see a few nuts on saplings as young as three years old. And chestnuts aren’t just … Continued 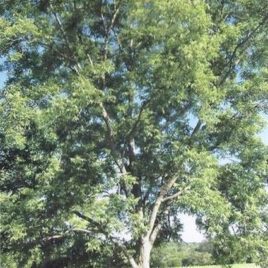 Elliot Pecan is a pecan variety planted predominately in Georgia and Florida. The first Elliot tree was a seedling in the lawn of the American lumberman Henry Elliot in Milton, FL. Elliot Pecans are now among the most popular pecan … Continued 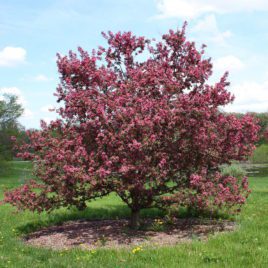 Its no secret that deer absolutely hammer apples and crabapples, and we’ll go as far to say there may not be a more effective “draw and hold” to deer than a big grove of them. However, a big orchard of fancy named varieties can be a rather expensive and time consuming chore for the weekend warrior or gamekeeper to undertake…meaning less time and money spent managing the rest of your property when you are busy spraying for bugs and diseases that high end apples often require. To those who can put forth the extra effort and expense to plant and manage the larger, grafted cultivars we applaud you. That being said, we have a solution we believe may be a better option for most wildlife oriented folks, and it’s available in our super stout, yet seedling-sized “wild” crabapple. Our “wild” crabs are actually seedlings from our favorite crabapple selections and wild types such as: Dolgo, Transendent, Chestnut, Centennial, Whitney, and Prairie crab. Having a mixed bag of genetics and drop times from hardy, heavy bearing, disease tolerant favorites in an economical, and simple to establish and maintain rapid mast seedling should be a no-brainer to anyone wanting to spread some apple madness on their place. With our “wild” crabs, combined with tree tubes and a little extra TLC for the first few years of growth, expect flowering and fruiting to occur on some trees in as little as three or four growing seasons, with the remainders putting on heavy crops no later than seven or eight years. So if you’re looking for heavy crops of highly preferred apples dropping from late summer and on into fall, but don’t want to put your county extension agent on payroll, try our “wild” crabs on for size. Zone: 4 - 8 Soil pH: 5.0 - 7.5 Wildlife Value: Excellent. Site Preference: Full sun. Fruit Maturity Date: Late Summer, Early Fall Fruit: Pale green blushed yellow
not rated $24.00 Add to cart 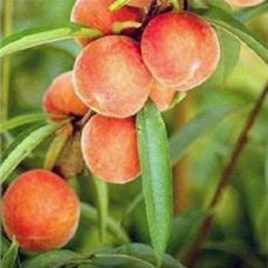 The Belle of Georgia peach is an old-time favorite that produces brilliant red flowers each spring and large fruit in late August.  The peaches are very firm and highly flavored, with creamy white freestone flesh tinged with red. While excellent for fresh eating, the fruit is widely used for desserts and canning. The Belle of Georgia peach is available in standard and dwarf sizes. While it is self-fertile, planting more than one tree is recommending to ensure a good crop.

The belle of georgia peach can be expected to grow in Hardiness Zones 5–8.

The Belle of Georgia peach grows in sandy and well-drained soils. It is not drought-tolerant.

The fruit of peach trees are attractive to birds and squirrels
not rated $24.00 Add to cart