Skip to Main Content
Back to Wildlife Feed Products

Real World’s Maximizer Plus Deer Mineral is exactly the same as our Maximizer but it also includes Real Worlds exclusive Expect Healthy Deer Technology®. To learn more about this game-changing revolution in whitetail management, (click here).

Maximizer deer mineral was developed after more than 20 years of extensive research with both captive whitetails as well as wild deer. Unlike other salt-dominated products which offer very little nutritional benefit to deer, Maximizer Deer Mineral is specifically formulated with over 20 micro and macro-nutrients; many in precise proportion to each other.

These captive whitetail bucks are both just three years old and are part of one of the research herds utilized in the development and testing of Maximizer Deer Mineral. They have been fed Maximizer Deer Mineral since they were fawns. Captive deer breeders do not use mineral rocks or high salt blends to grow giant racks on their bucks. Instead, they use scientifically formulated mineral blends. Many of them are now using Maximizer as the mineral source for their captive herds. If you want to maximize the genetic potential of the bucks on your hunting property, shouldn’t you be feeding Maximizer?

By providing the deer on your property with adequate year-round access to Maximizer Deer Mineral, you are giving the bucks the very best opportunity to develop antlers to their full genetic potential while also helping the does raise vigorous healthy fawns.

Most deer mineral products on the market WILL attract deer. The difference with Real World Maximizer Mineral is that it can also help support your deer herd’s health, antler growth and fawn production while also drawing them in for your trail camera. Why settle for JUST an attractant when you can support antler growth, fawn production and herd health at the same time? 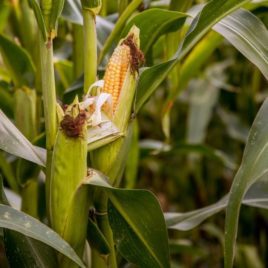 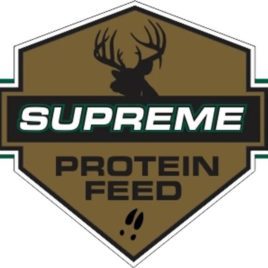 SWI Supreme is designed and formulated by a whitetail nutritionist to mimic the best possible diet of a wild whitetail, offering a balanced diet of vitamin and minerals. We Use Wheat Mids to create a very digestible fiber source which,in-turn, provides more energy. We do not use peanut hulls that can carry toxin loads (parasites) that are impossible to kill. Protein: We Utilize 14% protein. The main reason for this amount is that mature deer can only process around 13% protein through digestion and the rest is waste. SWI Supreme provides the energy that is needed to add body weight and antler mass; which yields much larger gains. Yeast: Enhances the stability of the product by creating a more balanced pH level and environment for digestion. A DFM (Direct Fed Microbial) is utilized to aid in the digestion of natural browse.  A healthy digestive system equals a bigger and healthier herd! Recommended Consumption Rates: 3.5 lbs per head per day in Spring 4.5 lbs per day per head in Summer / Fall

We have deer that have added an average of 37 inches to their racks between their 4th and 5th years.  This is a phenomenal growth rate! We have been able to track this over a 2 to 3 year period by using trail cameras-as well as-having sheds from these same deer. The average body weight increase among deer taken was 30 - 40 lbs. This is a direct result of the amount of feed consumed throughout the year.  Our feed provides higher quality, highly digestible protein to aid in the increased mass, and overall digestion of browse.
not rated $17.00 Add to cart 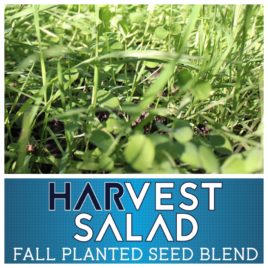 RRWP Whitetail Harvest Salad Real Worlds “Whitetail Harvest Salad” has been a fan favorite for years because it is easy to grow and extremely attractive. This blend contains three cereal grains and Austrian Winter Peas. The variety of Austrian Winter Peas we use is extremely winter hardy. The deer will hammer the cereal grains when weather conditions have deer going to green food sources. Don’t be misled by other brands that mix annuals and perennials in their fall-planted seed blends or market no-till products. Harvest Salad comes in a 50# bag which is enough to plant 1 acre.
not rated $60.00 Add to cart